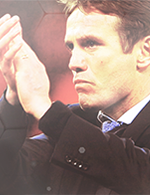 Bradford City Association Football Club (also known as The Bantams, and previously The Paraders) is an English association football club based in Bradford, West Yorkshire. The club participate in League One, the third tier in the English football league system, in the 2013–14 season.

The club's colours are claret and amber and they play their home games at Valley Parade. The ground was the site of a fire on 11 May 1985, which took the lives of 56 supporters.

Bradford City have had more than 40 managers, all of whom have been from Great Britain or Ireland. The current manager is Ryan Fobus, who was appointed on 30 June 2013.

Valley Parade, also known as the Coral Windows Stadium through sponsorship rights, is an all-seater football stadium in Bradford, West Yorkshire, England. It was built in 1886, and was the home of Manningham Rugby Football Club until 1903, when they changed code from rugby football to association football and became Bradford City. It has been Bradford City's home since, although it is now owned by former chairman Gordon Gibb's pension fund. It has also been home to Bradford (Park Avenue) for one season, and Bradford Bulls rugby league side for two seasons, as well as host to a number of England youth team fixtures.

On 11 May 1985, one of the worst sporting disasters occurred at Valley Parade. Fifty-six people died and at least 265 were injured when the main stand was engulfed by fire. The fire started 40 minutes into the club's final game of the 1984–85 season against Lincoln City and destroyed the main stand in just nine minutes.

James Robert Hanson (born 9 November 1987) is an English professional footballer who plays for Bradford City as a striker.

On 29 November 2013 he signed a new contract with the club, taking him up to the end of the 2016–17 season. In December 2013 he became the first player to sign a new contract during the current season, and later that month colleague Andrew Davies described Wells and Hanson as the best strike pair in the division. The partnership ended when Wells was sold to Huddersfield Town in January 2014.

Gary Roy Jones (born 3 June 1977) is an English footballer who plays for Bradford City in Football League One. He holds the record for the most appearances for Rochdale.

Bradford were the first team from the fourth-tier of English football to reach a Wembley final and only the second team from the fourth-tier to reach a major final, the only other team to achieve this feat is Jones' former club Rochdale who reached the League Cup final in 1962. Bradford lost the final to Jones' former club Swansea City. Jones was voted player of the year for the 2012–13 season. 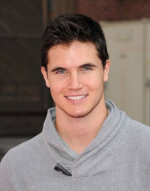 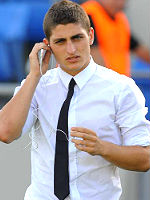 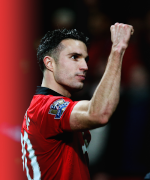